I almost forgot about one of my favorite treats until I stopped by Whole Foods today. Greenlee's cinnamon bread is just the greatest thing ever. I grew up with cinnamon toast and didn't have it for a long time, until I discovered this stuff. It might be a tad pricey but they sell regular size loafs and smaller ones. It IS Whole Foods though. I think I paid about $17 for 4 items. But the pizza slice, fruit, cinnamon bread and 2 bananas were totally worth it. 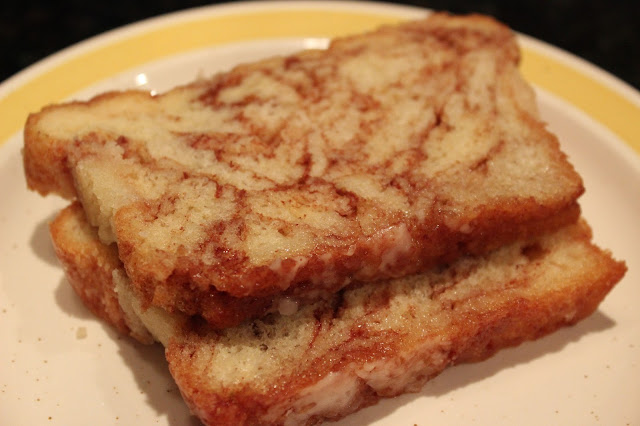