I voted tonight. But unfortunately, we have a republican governor now. The first one since I've lived here. The republican part bothers me but more so that he's a billionaire with no real platform. And doesn't seem to have any feelings toward any kind of social issue. Here's a Tribune article about Rauner and an excerpt: "For his part, Rauner aired TV ads picthing himself as a guy who wears an $18 watch and drives a 21-year-old van and not a gentleman from Winnetka with seven homes, 2 ranches, $60 million in income last year and a $140,000 membership in a wine club." Congrats on all your money Rauner, now let's see if you put it to good use. I mostly worry about immigration, gun control, gay marriage, abortion, and minimum wage. We'll see if he has any stance on these issues.
On a positive note, I went to Sketchtest tonight to do some solo scenes and a sketch with Kyna. A fun night and some comedic songs by the "band" Nashville. My favorite song of theirs was called "Put your finger in me". Classic. 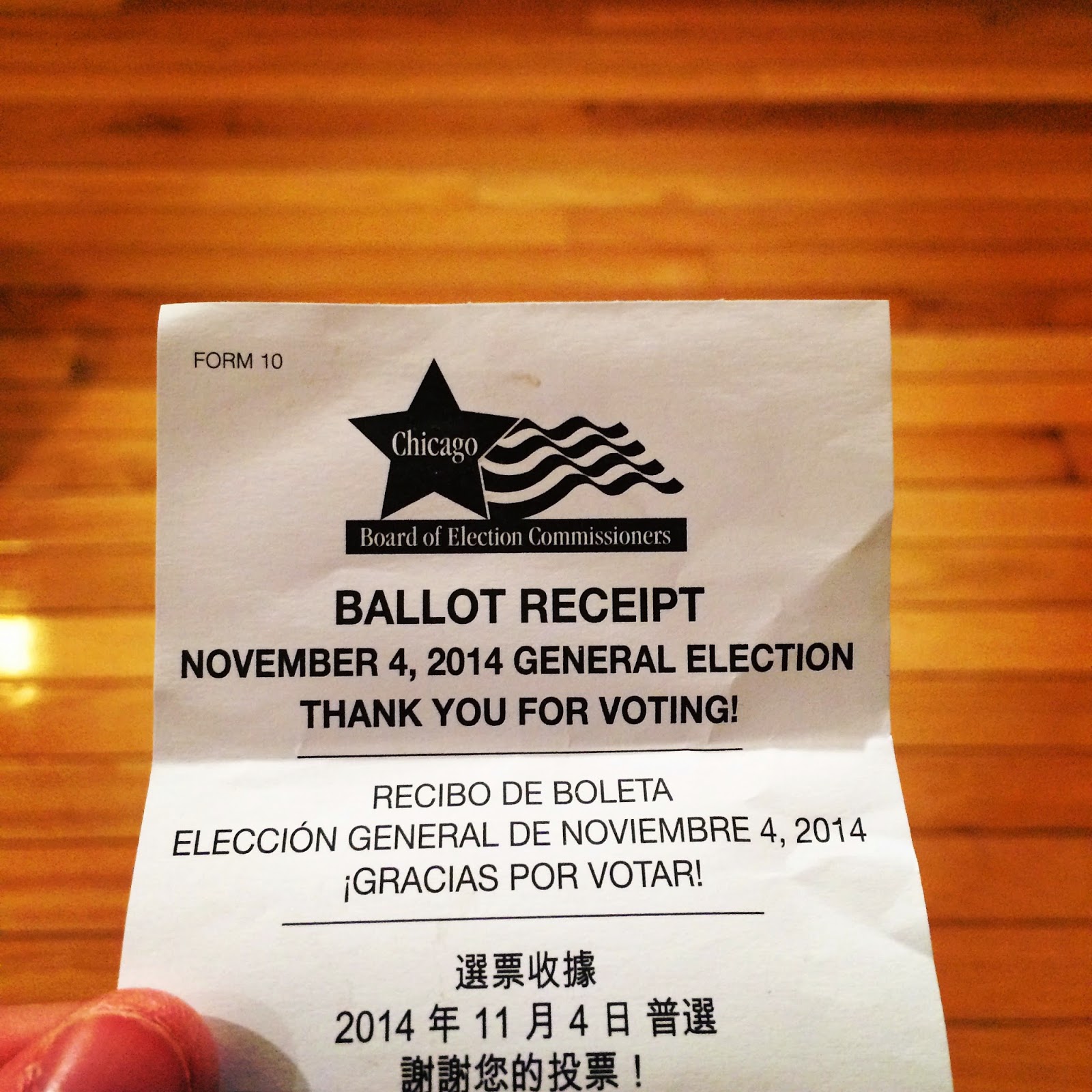