Today started off a little crazy. I was planning to wake up early to work out but woke up even earlier and felt terrible so I tried to go back to sleep for my regular alarm but couldn't. I felt so exhausted and decided to work out later in the day. But then I got an email from work saying the office was closed for the Cubs parade and rally!!! As it should be. I mean, there were 5 MILLION people total that attended both events. When a team ends a century long drought, it seems like it's bound to happen. I went down to Michigan Ave to watch the parade and then made my way to AJ's restaurant and back home for a long nap before our Playground show. We went to Clark Dog where they still had Halloween decorations up (hence the head below). 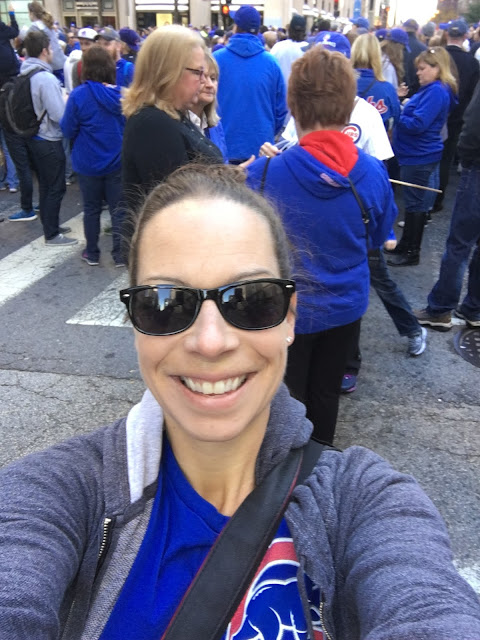 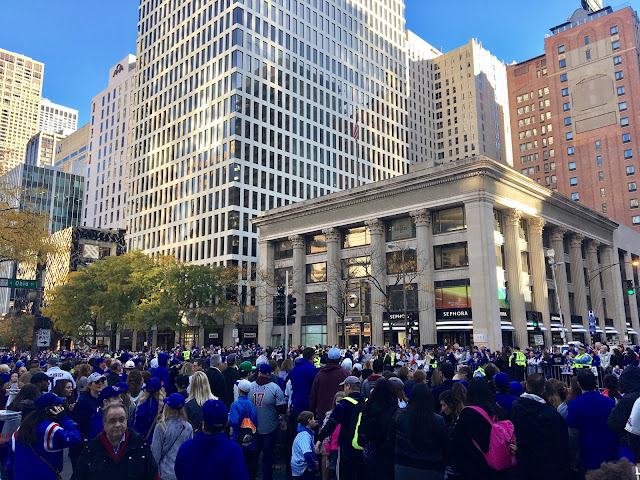 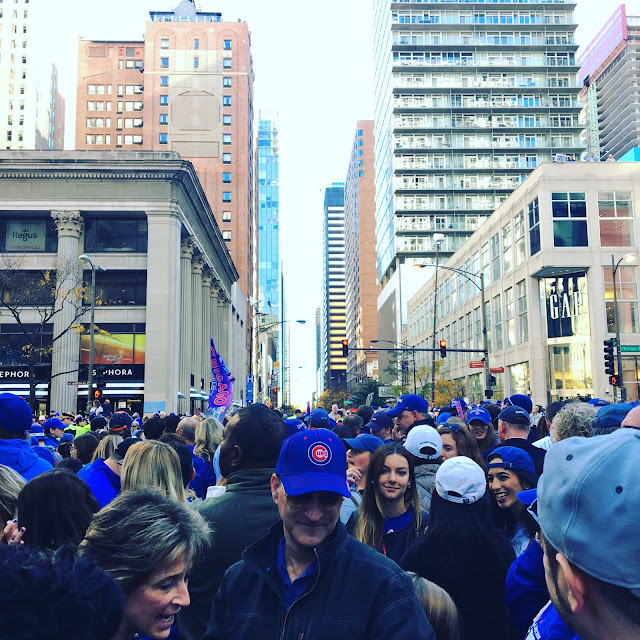 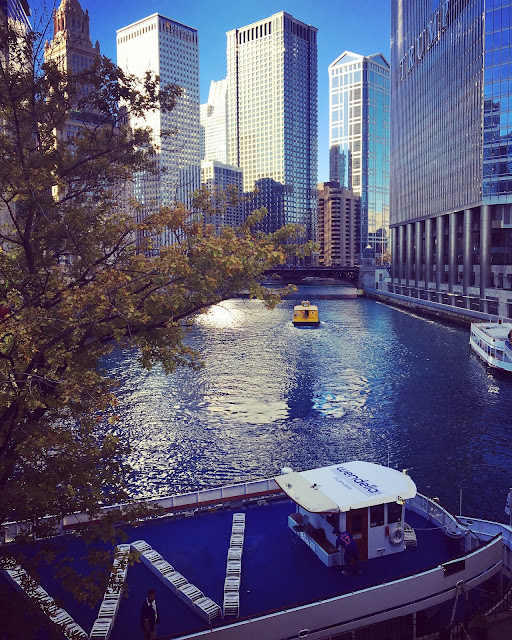 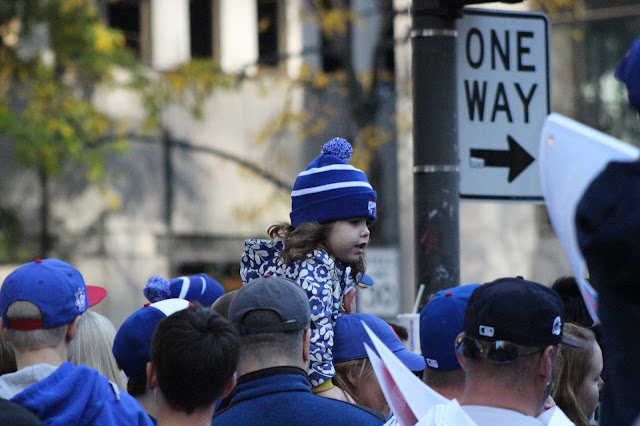 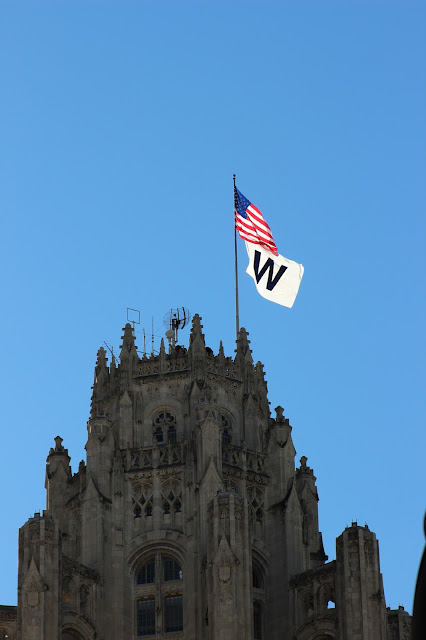 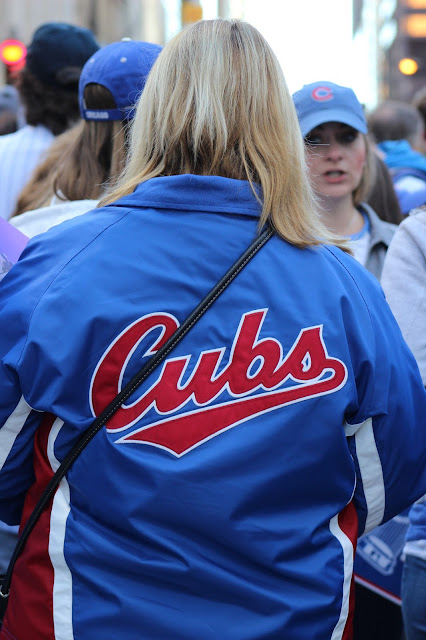 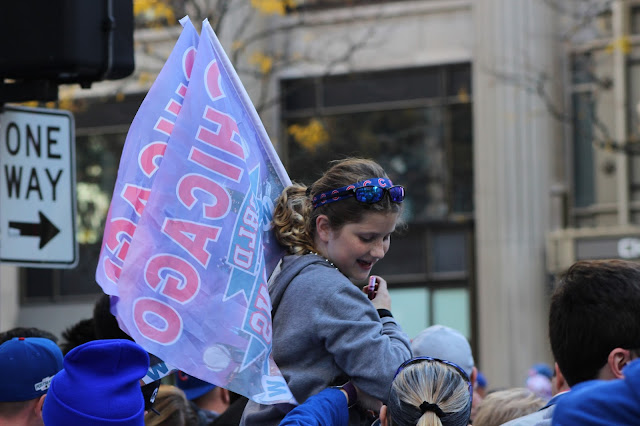 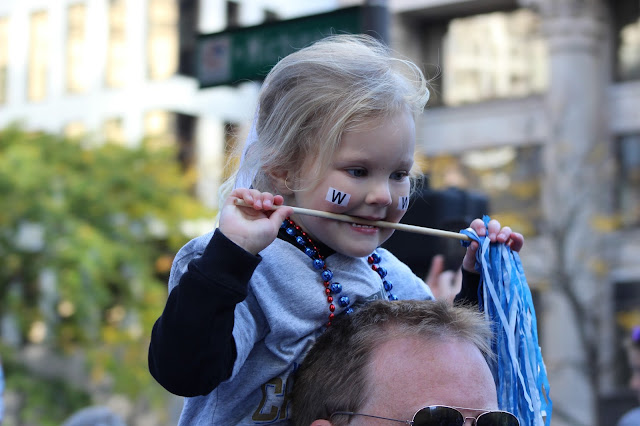 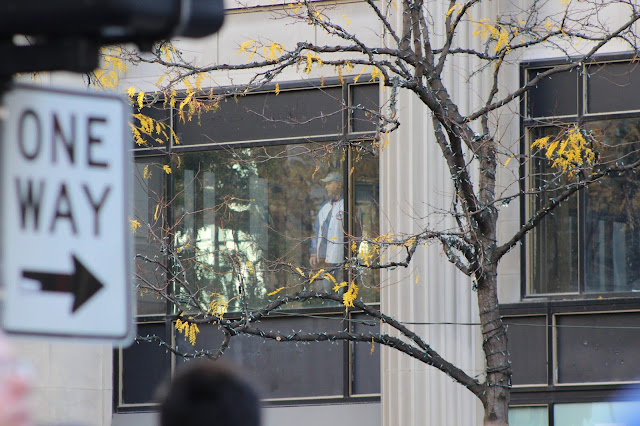 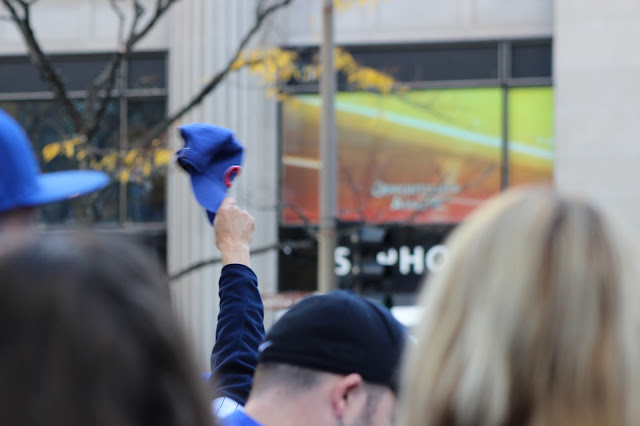 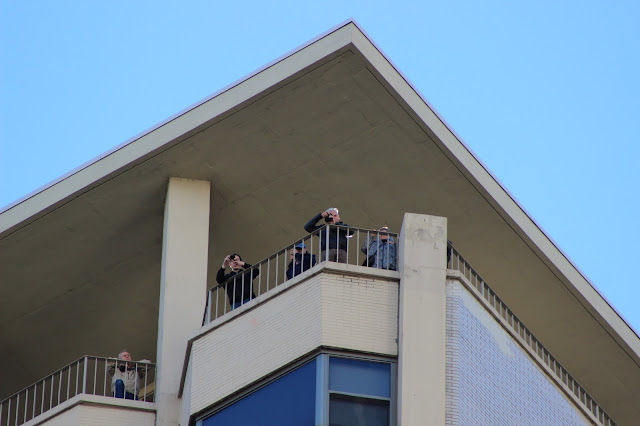 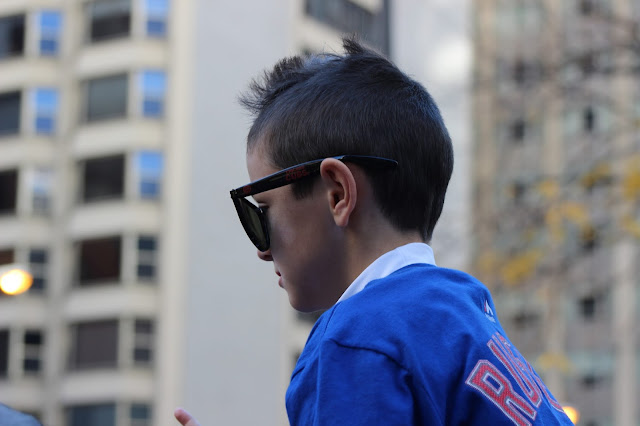 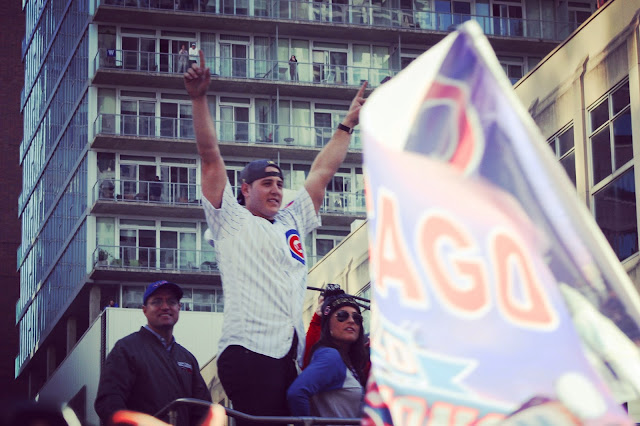 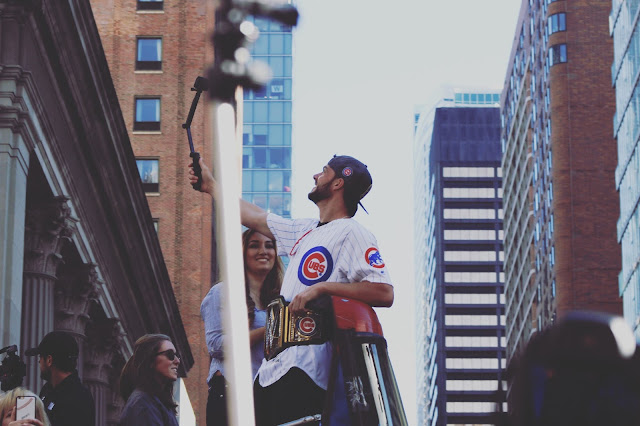 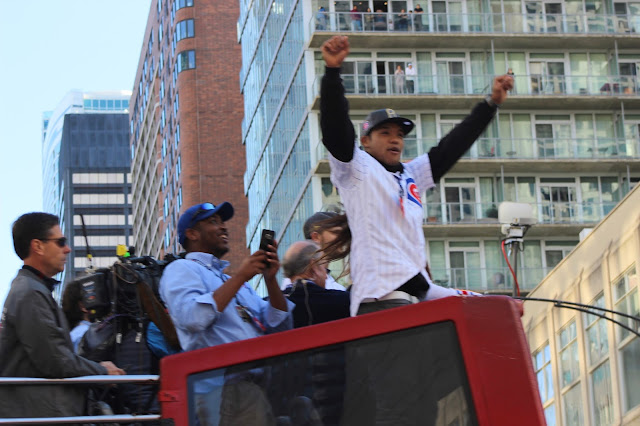 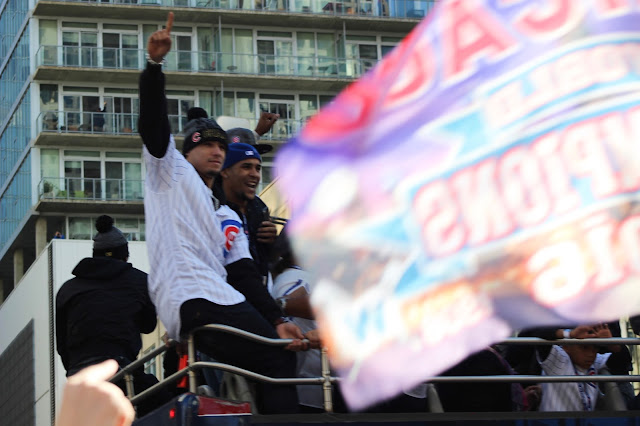 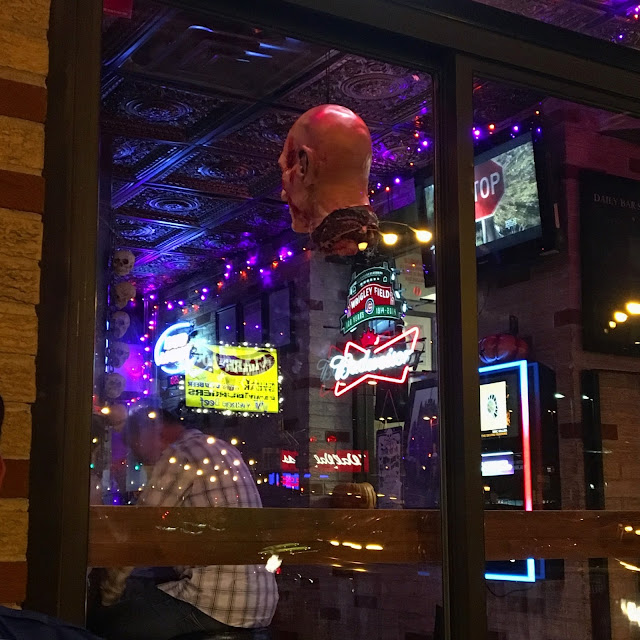