Ran some errands near Lincoln Park today and rode past this amazing house called the Wrigley. It's actually a landmark....here's the story....
The nine-bedroom residence was purchased by chewing gum magnate William Wrigley, Jr. in 1911. The Wrigleys moved out a couple of decades later but the family held on the property until the 1980s.
In 2004, the home was purchased by attorney Ted Tetzlaff. By 2011, Bank of America began foreclosure proceedings against Tetzlaff who then attempted to unload the property for $9.5 million. The bank took over the property in 2016 and started marketing the 13,000-square-foot mansion in February of 2017 for $7.15 million.
By December, the lender’s asking price had tumbled to $4.9 million. It soon after went under contract in a deal that closed just last week. According to Crain’s, the Theurer-Wrigley House was sold to a land trust controlled by an unidentified buyer. 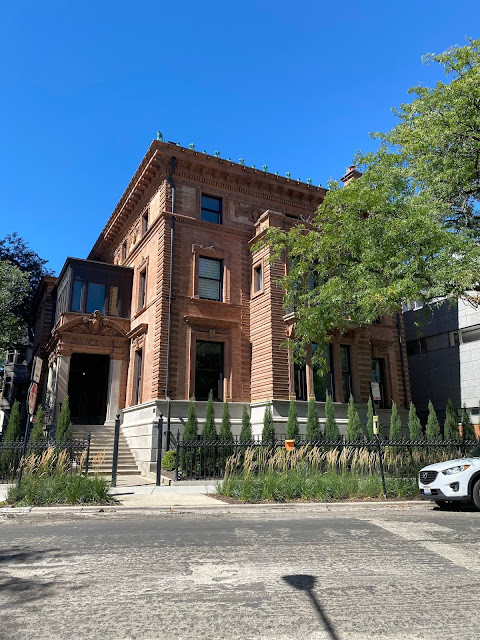